Isle of Wight Guru
This site uses cookies - see our privacy policy. Ads & links in bold may give us a small payment from the seller, at no cost to the buyer. However, this never affects our views - if we like it, we recommend it.
It's all over folks - stop living in the past. We'll leave the guide to the Isle of Wight Festival 2017 up here for nostalgia, but you can buy tickets for the next Isle of Wight Festival here, or read our blogs about 2017 with preschoolers and grandparents 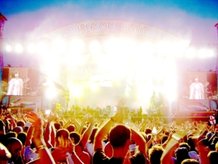 Here's our guide to lineup rumours and ticket news. Please do leave a post at the bottom of the page if you hear of any rumours for the Isle of Wight Festival 2017.

Tickets for Isle of Wight Festival 2017 went on sale on November 7th at 9am. You can get them at these links:
Buy Tickets from Ticketmaster

How much are tickets for Isle of Wight Festival 2017?

Tickets went on sale for Isle of Wight Festival 2017 on November 7th at 9am. An early bird promotion is ran until December 31st 2016. Ticket prices are now:


​There is also a deposit scheme, where you pay about £30 - £40 now and the rest later.
​
All weekend tickets for 2017 include camping (they seem to have abolished the non-camping discounted option from 2015)

They were offering day tickets for £60 until December 31st 2016. I can't see any mention of them on the booking website now, but I'll update if I hear otherwise.

We've removed the list of who we wrongly predicted would headline, to avoid confusing people.

We don't currently have any more names of who else we think might play in 2017.

What's the cheapest way to get to the Isle of Wight Festival 2017?

If you want to bring a car, it is worth filling up with passengers as the cost stays the same. Your options are:
For more advice see our guide to ferry travel.

Is there any accommodation nearby (apart from camping)?

Yes, but it does get booked up quickly. Take a look at our guide to 10 of the best places to stay near the festival

Alternatively, you can search:

When is the Isle of Wight Festival 2017?

The biggest bands are on Friday, Saturday and Sunday but there is usually an act on Thursday night to encourage people to arrive early. In recent years, they have been:
Ferries are cheaper if you book early - click here to read our guide

Can under 18s attend the Isle of Wight Festival without an adult? Do children get in free?

Teenagers aged between 13 and 17 as at 8 June 2017 but must be accompanied by at least 1 responsible Adult per 5 Teenagers. Unaccompanied Teenagers will be refused entry to the Festival. Adults are reminded that there are areas of the Venue, especially immediately in front of the stage and some bands or acts that may be inappropriate and may contain adult content. Any Adult is responsible entirely for the safety and welfare of any Teenager in its party. Please ensure that all Teenagers carry ID with proof of age. Failure to provide such ID may result in entry being refused or the Teenager being asked to leave the Venue.

Can my band play at Isle of Wight Festival 2017?

Sorry, this is nothing to do with us. Isle of Wight Guru is an independent site which has no official link to the Isle of Wight Festival.

In previous years there have been Battle of the Band competitions held by the organisers.

Should I go to the Isle of Wight Festival?

Oooh, good question, even if I did write it myself. The Isle of Wight Festival is a great festival, in my opinion. A few years ago it was very focused around the main stage and big top, but in more recent years I would say it has had more of a wider festival feel with extra little things to see and do. Feel free to comment at the bottom of the page if you agree/disagree.

I've always found it to be a friendly festival which is popular with families, probably partly because younger children get in free. I don't want to badmouth other festivals, but it feels safer to me than one big festival I went to up north (just my gut feeling, I've not compared crime stats, but someone did wee on my tent). You've got to pay for the ferry obviously, but it is not much if split between a car full of people or if you travel as a foot passenger on the car ferry (£15-£20).

Archive of lineup and Ticket updates

18 more names added to the lineup, including:Here's the lineup so far:

The lineup is starting to shape up! Eleven more bands added to the lineup for Isle of Wight Festival 2017:

The early bird offer has been extended from December 23rd until December 31st at midnight. I suspect the full price tickets will be an extra £20 or maybe a bit more.

We also know that the price will go soon, as the early bird price is only valid until December 23rd.

Ticket and lineup update - November 28th 2016
Another headliner...Rod Stewart is headlining Sunday night at Isle of Wight Festival 2017. Fits in nicely with other Sunday night headliners through the years who have often been 'heritage' acts.

John Giddings invited The Sherlocks to play at Isle of Wight Festival 2017 on Twitter, and they said yes. They aren't on the official line up list yet, but it sounds likely.

A few updates on which of the rumoured headliners for Isle of Wight Festival 2017 are out of the running - mostly thanks to IOWfestivalsfansite which has done lots of digging around.

Hooray, tickets are now on sale and there's an early bird scheme, so you can get the weekend for £175, which is what the full price tickets cost way back in 2011.

Much excitement too at the announcement of Arcade Fire as headliners for Saturday night, which will be their first Isle of Wight Festival appearance.

Tickets will go on sale on November 7th at 9am.

A couple of other names were added to the rumours list - Phil Collins and The Stone Roses. They were names mentioned in an article in The Sun, although to be honest, most of The Sun's article was repeating content from this page so we risk creating a loop of unfounded rumours.
Ticket update - October 7th 2016
Not a major update, but Isle of Wight Radio reported that the reasons that tickets haven't gone on sale yet was because '“sensitive negotiations” were underway, but did not reveal more details about what they might be about'.

Thanks to this tweeter who spotted some comments in the Isle of Wight County Press. I've not seem the article myself but apparently John Giddings said he would like to book Oasis, Green Day, The Kinks, Foo Fighters and Coldplay. How about a five day Festival in 2017?!

@IsleofWightGuru @JohnGiddings01 said that he would like to book Oasis, Green Day and The Kinks in the iwcp. Also Foo Fighters and Coldplay.

OK, so a year in advance we don't have a huge amount to say about Isle of Wight Festival 2017.

However, there was an NME article quoting Loaded which said Guns 'n Roses would play Isle of Wight Festival 2017.

We can also dig out a few interviews and comments made by John Giddings where he has mentioned bands that he would like to book at future festivals. That's good enough to start off a rumour isn't it?

Anyway, back in 2014 he mentioned Fleetwood Mac and Blur (who subsequently played Isle of Wight Festival 2015). He also said he would love to get Oasis to reform and perform, so we'll consider that a rumour.
Along similar lines,  John Giddings spoke to Glamour Magazine in 2014 about the Festival. John was asked about his dream lineup:

"I still want Blur, Fleetwood Mac, Prince. I'd still love Coldplay, the Foo Fighters or Muse to come back because they were so good."

Finally, in the interview with The Price is Wight (below) just before the Isle of Wight Festival 2015, John Giddings dropped a number of names including Beyonce, Rihanna and Ed Sheeran.

Who would you like to see at the Isle of Wight Festival 2017?