A History of Isle of Wight Guru 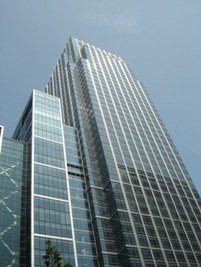 Guru Towers in Carisbrooke High Street
Some historians say that Isle of Wight Guru's history can be traced back to the death of Prince Albert in 1861, although other academics argue that this fact is complete flim-flam and piffle.

According to documents unearthed in a 'tea-damaged' cardboard box in the toilets of the Isle of Wight Records Office, a recently bereaved Queen Victoria awoke one morning at Osborne House demanding guidance on things to do on a rainy day, cheap places to eat out and ways to save money on the recently founded ferry.

A young messenger on horseback was sent out in search of information and returned in a dishevelled state nine days later with a comprehensive list of activities for her majesty to do, along with a number of discount vouchers for Blackgang Chine.

The messenger collapsed in a heap and after being resuscitated with smelling salts, the young boy was declared The Guru of the Isle of Wight by her Majesty.

The first Guru's role was to gallop furiously around the Island with a primitive megaphone, shouting out discount codes for local blacksmiths and rumours of who would be headlining the Queen's next harp recital.

Over the years, the title of The Guru has been passed on to a number of successors with the accolade being granted to the winner of a secretive competition which is held at The Longstone every 23 years.

In 1991, the title of The Guru was held by Frank Crunk, a school friend of Tim Berners-Lee who helped him launch Isle of Wight Guru online as the third website on the newly founded World Wide Web (the first two being a collection of photos of pouting newsreaders and a guide to the drain covers of West Kent).

The website has grown in popularity ever since and today Isle of Wight Guru employs around 600 people at its headquarters in Carisbrooke High Street. We aren't sure what most of them do though.